With the basis of the house done it was now time to focus a little more closely on the environment. From the city archives we found an old map of the whole city from around the time that we are reconstructing. Here you see a little cutout from the street that we are working on. Together with some later more precise maps we were able to figure out all the probable house placements and sizes. 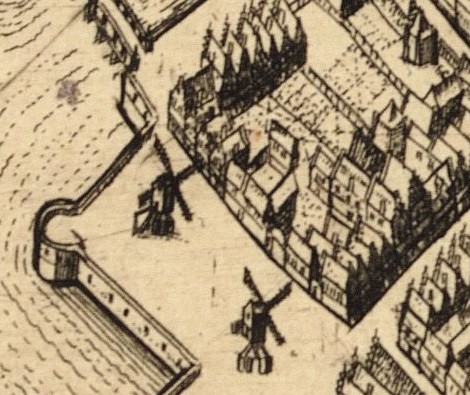 From that position I started creating all the walls and facades. For this I looked to many paintings of similar building styles as well as some still standing houses. This gave us a quite nice view of the skeleton house frames of just brick. No wall had the same size and often the houses were no regular rectangles so this took some extra care. 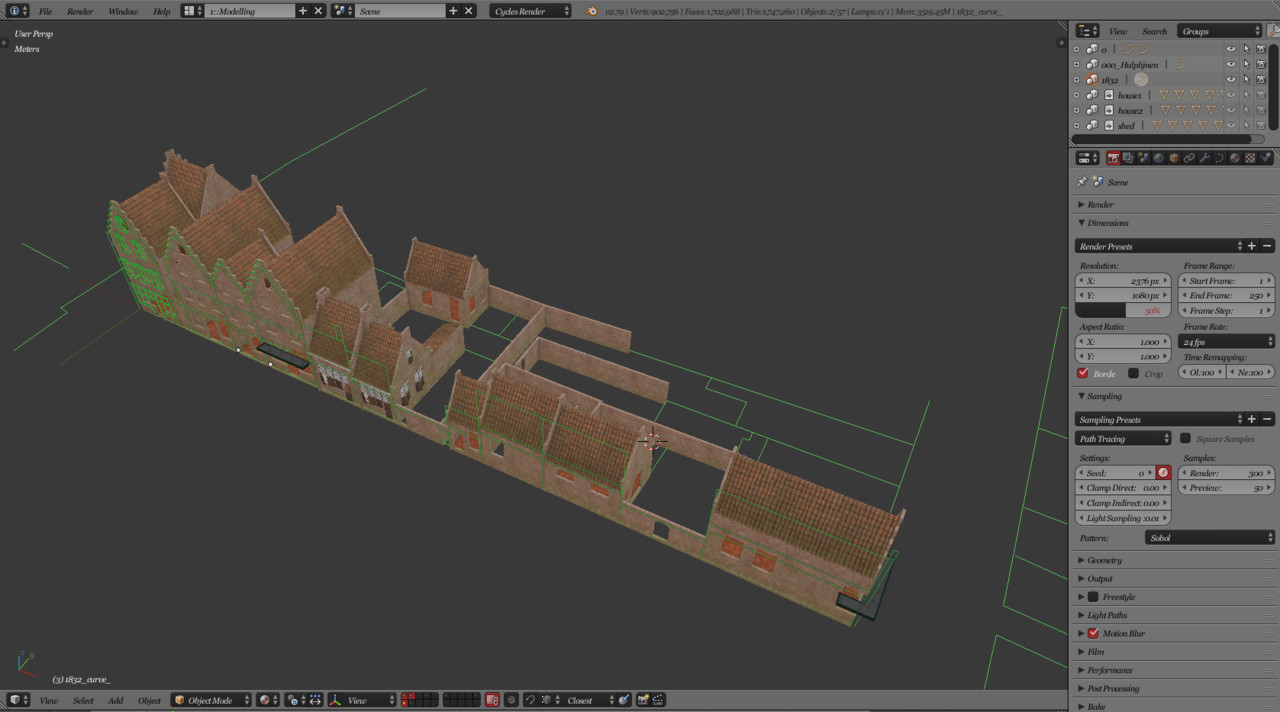 For each facade I had to make little variations, some a bit wider, some had a more pronounced slant. Different window counts and varying heights. For now we're just going to leave the windows as cutouts from the wall. Later we will fill those with separate pre-made window assets. This is to help with adding variation and to allow the game engine later to handle everything more flexibly. 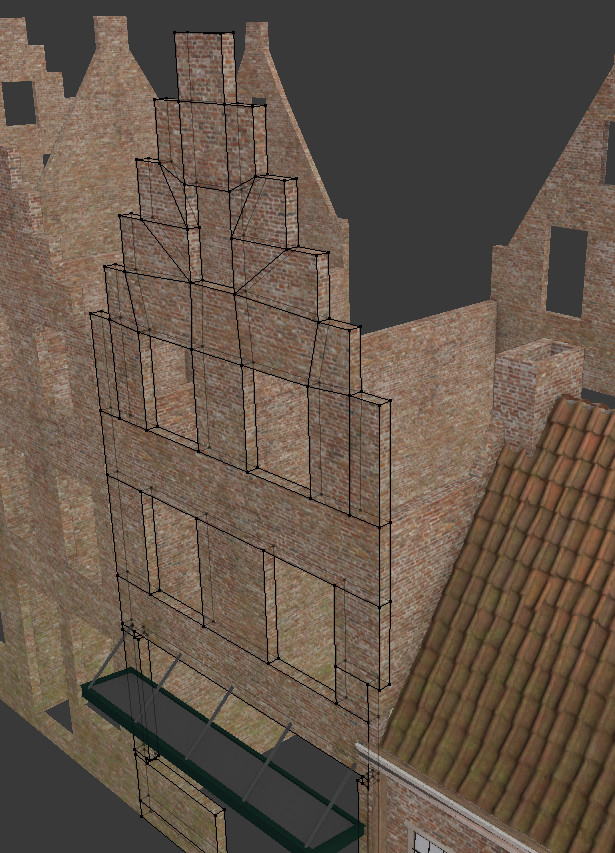 Using the same photoscanned roof we used for Rembrandt's house we can create all the roofs. Then we fill in the back of the street with house blocks of the rough shape they should be. It's far from realistic at the moment, but for now we can use this to get a good idea and feel of how it would have been.

If you look closely you can see the little house behind Rembrandt's own house, this is where is grandmother would have lived. All the way on the right we have a blacksmith's shop and workplace behind it.